The sight of the Storm Riders' banners strikes fear in to the hearts of even the most merciless Druchii.

The Lothern Sea Guard can fight as effectively on land as at sea, and are equally resolute when defending the walls and fields of Lothern as they are as when battling on the deck of a ship. These dangerous duties require the Sea Guard to maintain a flexible armoury. The vast majority are well-trained in the use of spear, shield and bow - the better to combine the finest aspects of the spear and archer regiments of other cities and realms. Indeed, it is a point of pride in Lothern that the discipline of their warriors far surpasses that of any found elsewhere in Ulthuan. When the armies of Ulthuan go to war, the Sea Guard play a crucial part, crewing the many warships and acting as the vanguard for the oncoming host. 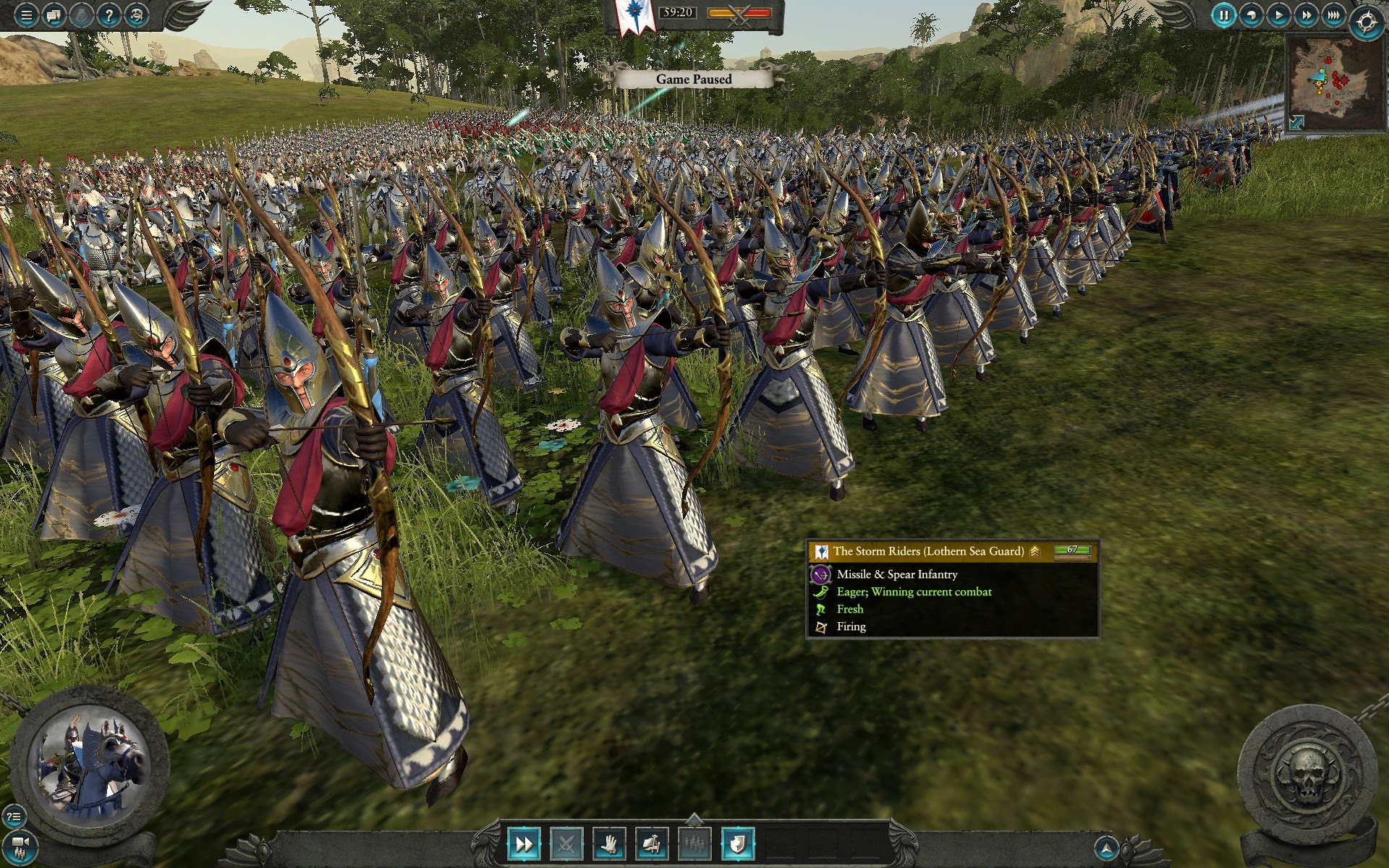 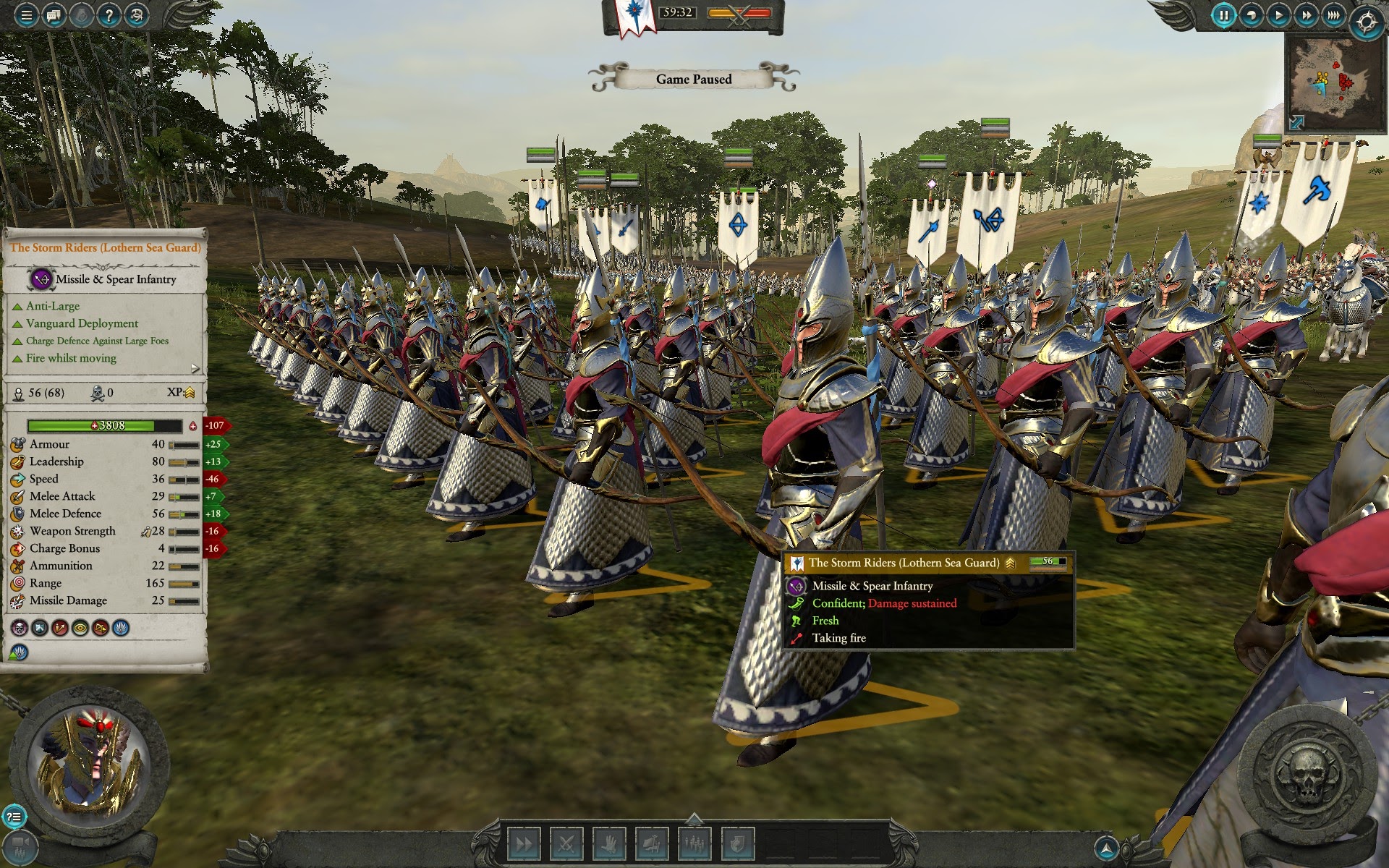 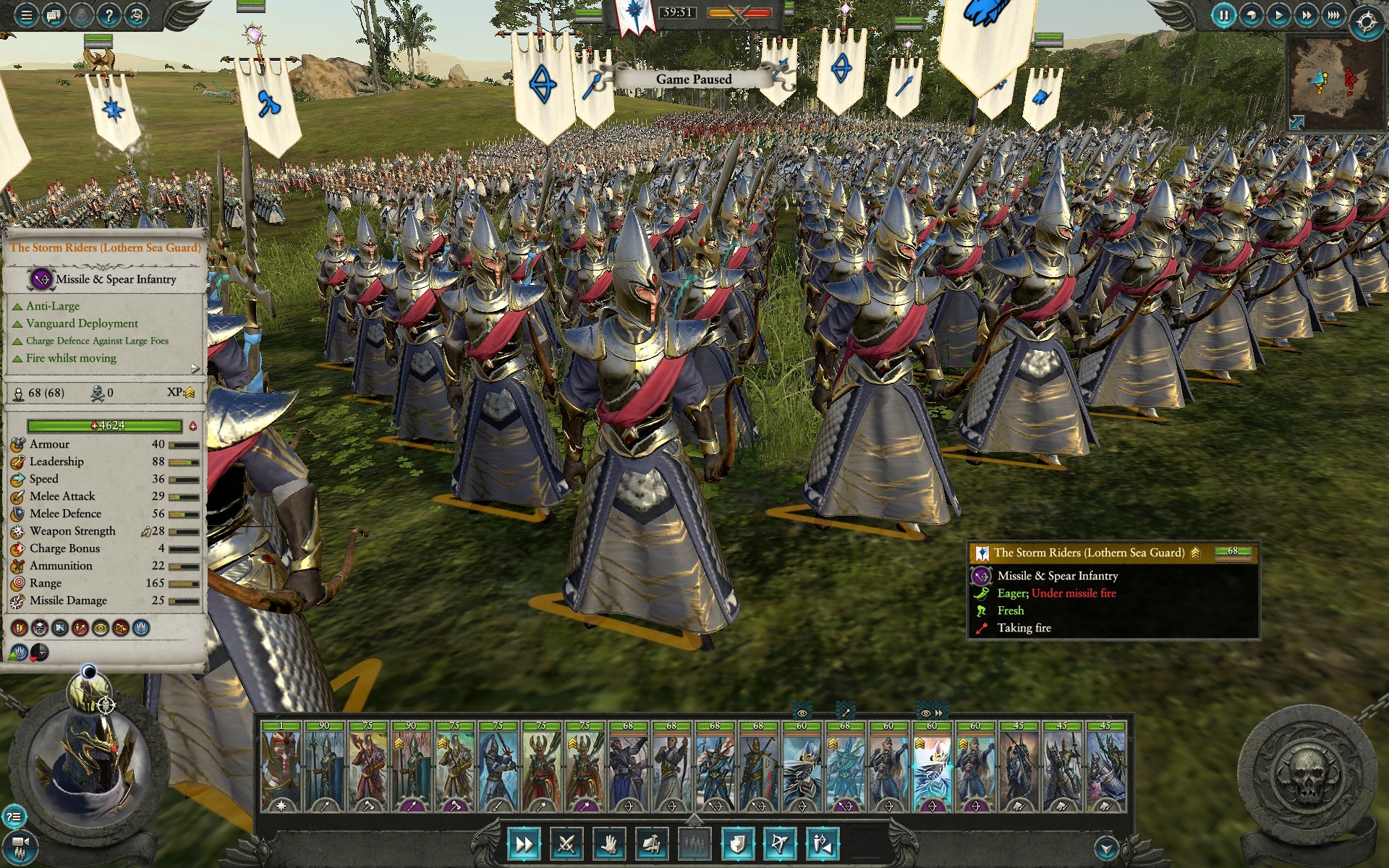