Keepers of the Flame (Phoenix Guard)

These silent sentinels guard the Shrine of Asuryan.

The Phoenix Guard are the guardians of the Shrine of Asuryan, the great pyramid temple in the Sea of Dreams. Deep within lies the Chamber of Days. On its ancient walls, it is said, are the histories of past, present and future, etched in words of fire. Legend tells that any who behold that wall shall forever be cursed with the knowledge of their own death. Regiments of Phoenix Guard are always found where the fighting is fiercest and victory hardest won, for their gift allows them to see confluences and crux points upon the battlefield that lie hidden to mortal eyes. Each warrior knows his appointed hour of death, but none seek to delay that fatal moment. Whether battle brings victory or defeat, life or death, the Phoenix Guard fight on without fear. 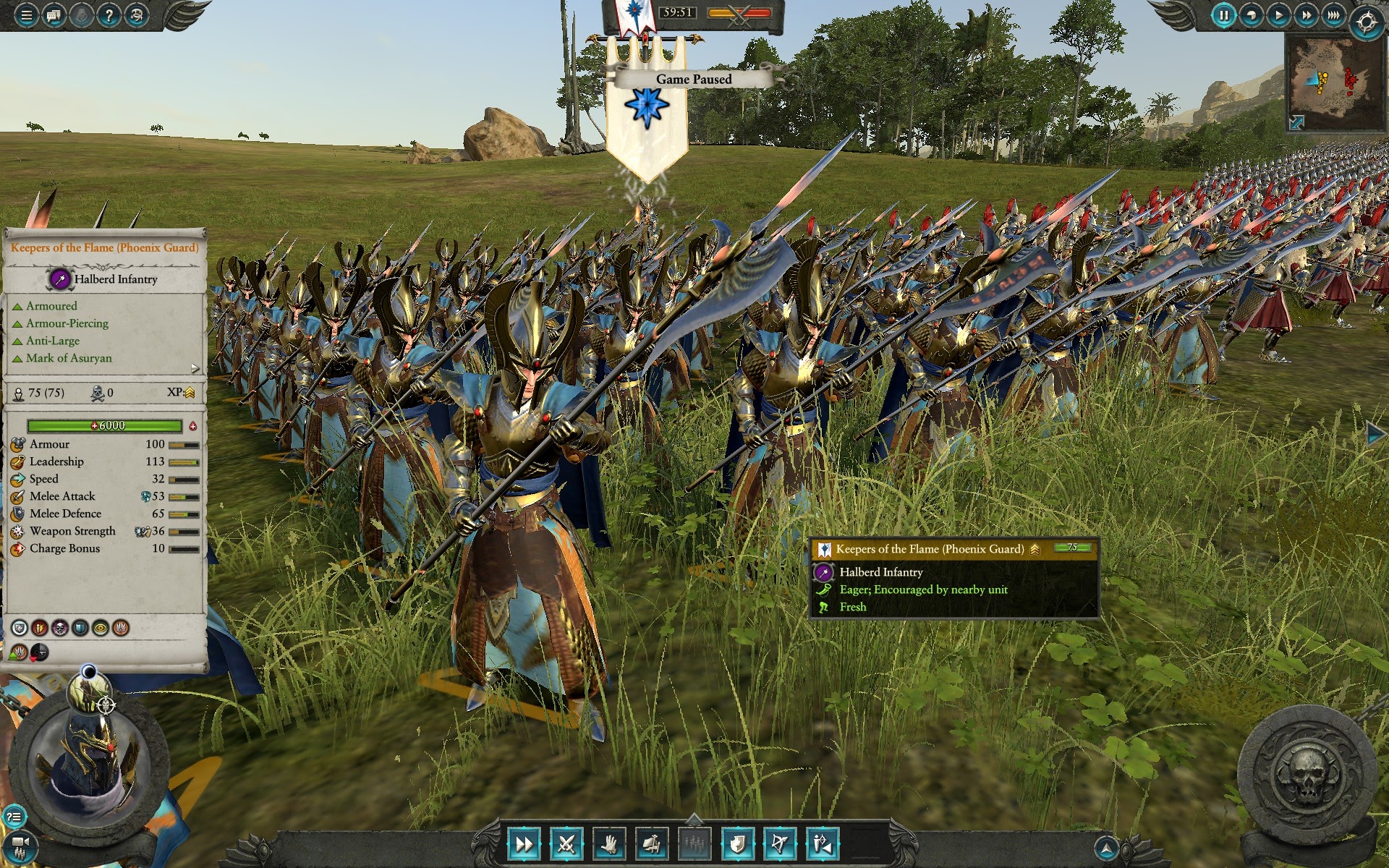