A bolt in the eye is a terrible way to die, and the calling card of the Bolt-fiends.

Dark Elf armies are formed around a core of utterly merciless soldiers, schooled in slaughter by a lifetime of survival amidst the twisted streets of Naggaroth's cities. Most such warriors are conscripted into service, but a few muster willingly, having identified some manner in which the battle will play to their personal advantage. Many Dark Elves forsake melee weapons in favour of delivering death from afar. Armed with repeater crossbows - magazine-fed weapons capable of unleashing blistering hails of bolts - these Darkshards can take positions at the rear of the battlefield firing storms of iron-tipped bolts against approaching foes, or move forward to weaken the enemy line with a withering volley before the Dark Elf attack charges home. Though often scorned by other warriors for their distaste of close quarters battle, the Darkshards are unflinchingly proud of their marksmanship and are certainly no less cruel than their fellows. It is not uncommon for a Darkshard to forgo a killing strike to eye or heart in favour of a gut shot or other debilitating blow which, while ultimately no less fatal, guarantees that the enemy's last moments will be spent in mewling agony. 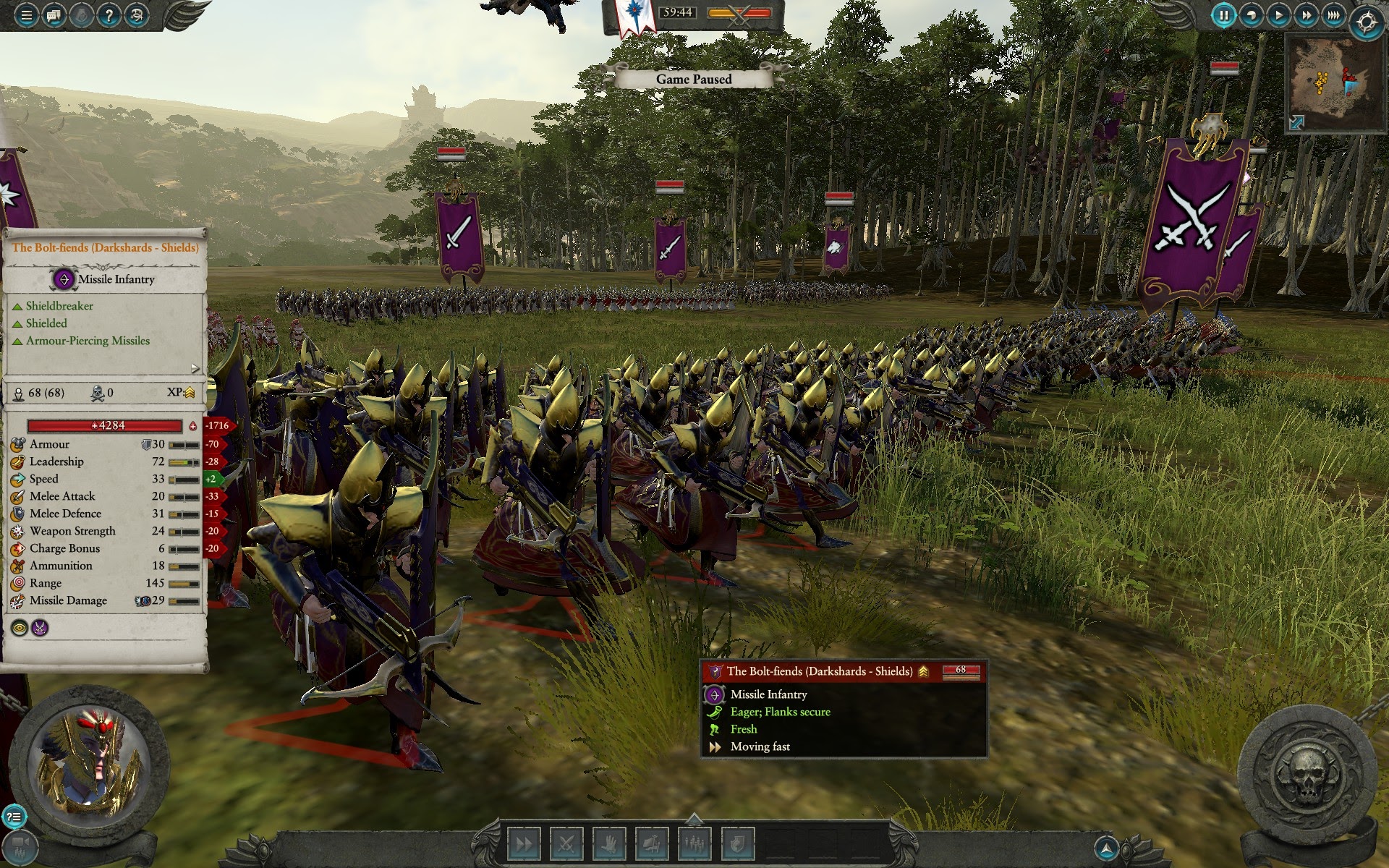