After decades of Viking raids, the West Seaxe succession passed from brother to brother down to Alfred, whose temperament, some say, was best suited to a life of piety and learning. However, having defeated the Vikings in battle, he now negotiated for a lasting peace. Unfortunately, the Vikings reneged, and their raids have since intensified, even driving the West Seaxe king from his capital for a while. Naturally, Alfred is preparing to fight back… 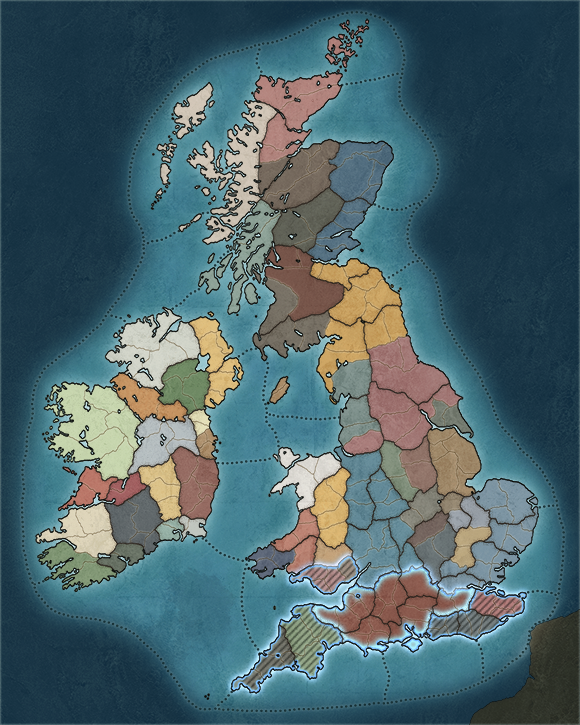 Fyrd: Part-time soldiers, pledged to leave their farms for military service each year. Can recruit levy units based on the number of owned settlements.

+5 Melee skill for all units when defending

House of Cerdicingas
PLACEHOLDER - THIS SHOULD NOT BE SHOWN IF YOU SEE THIS TELL LAURA
Playable: True
Initial Power: 60

+5 XP for generals per turn