The Great Viking Army made their presence felt across the Anglo-Saxon kingdom of Northymbre, and now these lands are theirs, ruled from their capital at Eoferwic. After Halfdan Ragnarsson over-reached himself and died in battle last year, Guthfrid took his place as ruler of Northymbre. Said to be a former slave, Guthfrid is overseeing increased integration between the Viking settlers and the native English. But he is still a Viking, and war is in his blood... 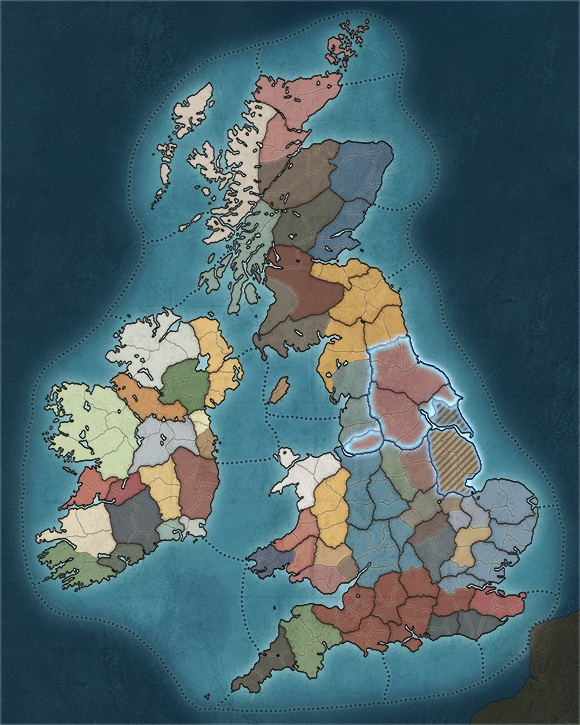 Here King: The king of the Danes here in Britannia must play a delicate game to stay at the top. Find the balance between appeasing the English and your army.

This faction experiences a boost to morale when fighting against its hated Anglo-Saxon enemies.

House of Scalding
PLACEHOLDER - THIS SHOULD NOT BE SHOWN IF YOU SEE THIS TELL LAURA
Playable: True
Initial Power: 60

Ragnar's Legacy: The Viking warlord Ragnar was killed by the Anglo-Saxons. Seek revenge for his death!